Parks of Croatia About us Press News Contacts Sponsors and partners 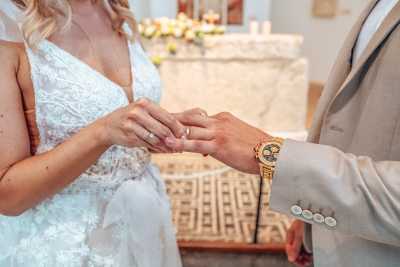 Church or meadow – It’s up to you

The Gothic St German Church built in 1481 is situated in the heart of Veliki Brijun in the vicinity of the main harbour and the hotel. The Roman mosaic unearthed at the Roman villa in Verige Bay was built into the church interior during the 1910 renovation.

The solemn consecration of the renovated church on 6 April 1911 was attended by Archduke Franz Ferdinand, heir to the Austro-Hungarian throne. Exchange your vows in this place with a rich past. 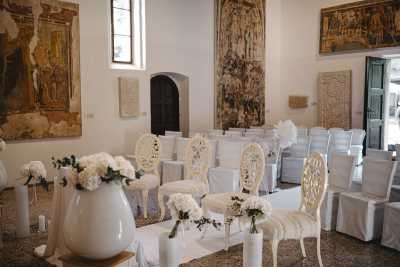 Who knows what stories the Old Olive Tree, a staunch witness to the island events for over 1600 years, could tell us if only it could speak? This tree that symbolises longevity, peace and fertility is typical of this landscape. A constituent part of the unique Brijuni scenery, its full and lush crown and impressive trunk form an unforgettable panorama of this micro-location.

The Old Olive Tree venue is near the harbour and St Germain Church and it is therefore easily accessed on foot. 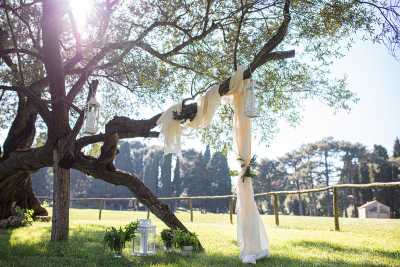 Romans built numerous villas on the Brijuni, with the villa in Verige Bay as the largest and most sumptuous rustic complex. It comprises several buildings with different purposes connected into a single unit by colonnaded promenades stretching one kilometre along the bay. The probable owner of this villa was Gaius Lecanius Bassus, the owner of the amphora workshop in Fažana. Upon his dying without heirs during the reign of Emperor Vespasian, the villa became the property of the Roman emperor in accordance with Roman law. A unique open-air wedding and ceremony venue since Roman times. 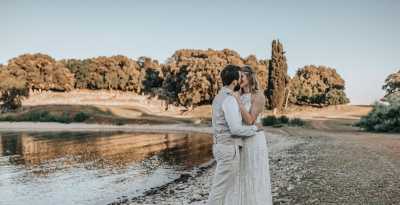 The richest site on the Brijuni by its strata stretches on a surface slightly larger than one hectare. Findings from the period of the Roman Republic and Empire, Late Antiquity, Eastern Goths, Byzantium, Carolingian era and Venice testify to its long-time settlement. St Mary’s Basilica, the longest-serving Christian building on the peninsula, was built in close proximity to the castrum to cater to religious needs of its numerous inhabitants. Begin your new life at a location that testifies to the life of numerous civilisations.

Note: necessary transportation to the venue 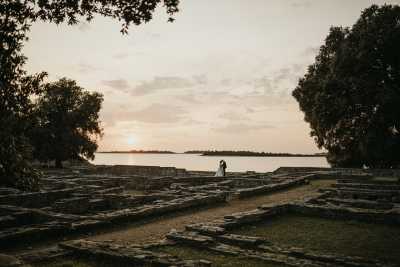