The memorial to spring water

The memorial to spring water on Brijuni Islands consists of the memorial well and the sculpture by Frano Kršinić, "Woman with a Bucket/Water Carrier/Woman from Primorje".

The memorial well (the so-called glass pyramid) and the sculpture made by Frano Kršinić are a part of the memorial to the exceptional technical achievement - extraction of spring water on the island. Namely, in the period from 1951 to 1953, geothermal surveys of spring water were conducted on the island, and in addition to other locations, water was also found on the meadow bearing an indicative name "Živa voda" (“Living Water”).

The possibility of groundwater extraction was shaped according to the idea of Alexander Freudenreich, as "a new victory against nature". In terms of art, architecture and technical aspects, stone, bronze and glass were used to depict the shortage of water in the past (symbolized by Kršinić’s sculpture) from the then contemporary arduous life on the islands (reservoir for collecting rainwater) to prosperity in the future (memorial well above the borehole with spring water). This exceptional technical achievement of using groundwater on the island from a depth of 251 meters was also highlighted on the memorial stone which, besides the aforementioned sculpture, reservoir and memorial fountain, as well as ruins, forms an integral part of the memorial.

The sculpture and memorial well also have the function of a fountain: the bronze sculpture made by Frano Kršinić depicts a woman with a bucket from which water flows into a stone vessel at the base. The memorial was intended to create a remarkable light effect: within the stone plinth of the closed glass fountain with a pyramidal shape, there are built-in reflectors that illuminate scattered droplets of water resulting in a rainbow.
The fountains have not been in operation since the opening of the National Park, and possibly even longer, so we plan to put both fountains into operation by conducting remediation. 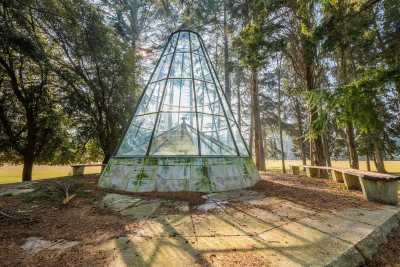 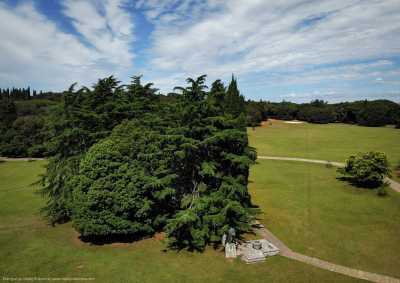 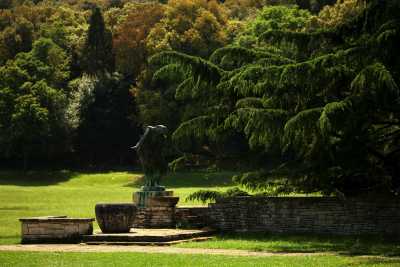