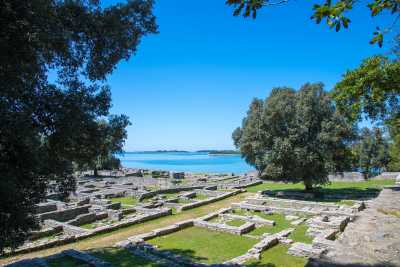 Professionally guided sightseeing tour of the most important archaeological sites of the Brijuni introducing the visitors to the rich past of the islands through various cultural and historical periods, from prehistory, through classical antiquity, late antiquity and Byzantine period to the Venetian era.

What does the tour include?

The premium tour includes a visit to the site that is the richest in strata, a site which has also been inhabited for the longest time on Brijuni, the Byzantine castrum, and the nearby St. Mary's basilica, the oldest Christian building on the island.

It continues with a hill-fort from the Bronze Age and a sumptuous Roman residential villa from the 1st century in Verige Bay. The tour ends with a visit to the church of St. German from the 15th century which houses a part of the original mosaic from the Roman villa in Verige Bay.

Roman villa as part of the Roman Emperors' Route

The Roman villa in Verige bay is part of the Roman Emperors’ Route which has received a certificate of the Council of Europe and the European Institute of Cultural Routes. The route that is 3.5 thousand kilometers long stretches through Croatia, Serbia, Bulgaria and Romania and promotes archaeological tourism.

It covers 20 archaeological sites important for the period of imperial Rome and related to the lives of 17 Roman emperors.

Duration: 4 hours including a 30-minute break. 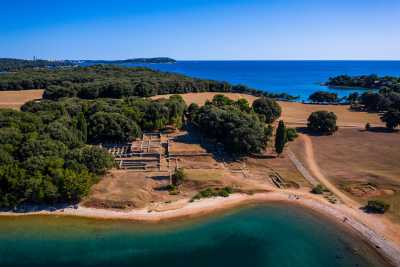 The richest site by its strata on the Brijuni stretches on a surface area somewhat larger than 1 hectare. Findings from the period of the Roman Republic and Empire, late antiquity, Eastern Goths, Byzantium, the Carolingian period and Venice testify to the longtime settlement.

The three-nave church of square ground plan whose lateral walls have been preserved almost to their original height. The size of the church (11x 24 m) indicates a large population of the nearby castrum erecting this edifice in the 5th/6th century. 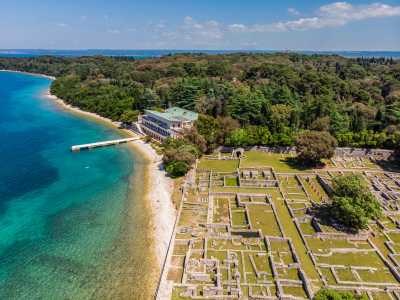 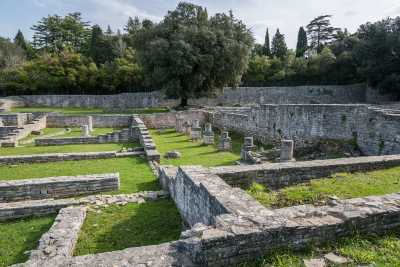 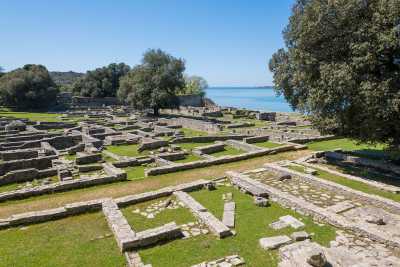 The fortified Bronze Age settlement with preserved walls, entrance and necropolis on a hill bearing the same name, north of Verige Bay. The strategically well-protected elevated location was fortified with three concentric circles of walls adapted to the configuration of the hill.

On the western coast of Brijun, along Verige Bay, stands a magnificent Roman villa rustica. Its construction began in the 1st century B.C., and it achieved its greatest splendor in the 1st century A.D. Certain parts of the villa were used until the 6th century. It consisted of several buildings for various purposes situated at carefully chosen sites in different parts of the bay.

The Gothic church of St. German was built in 1481 on the site of an older Romanesque church mentioned in 1449. It is dedicated to the brave citizen of Pula who at the end of the 3rd century dared to object to the city administrator for intolerance towards the Christians and was thus sentenced to death. 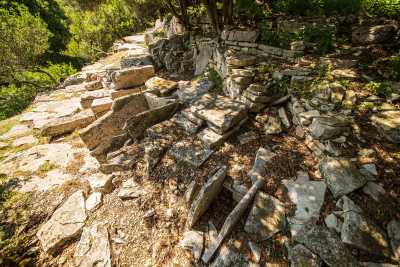 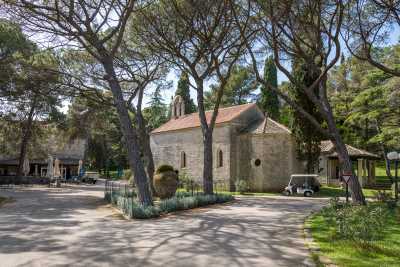 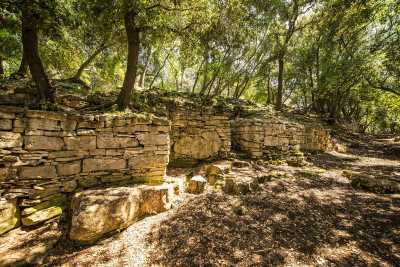 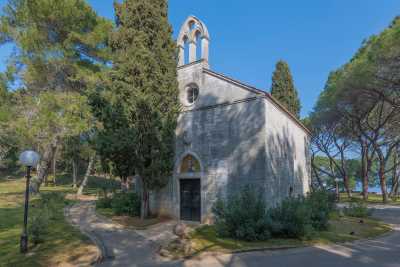 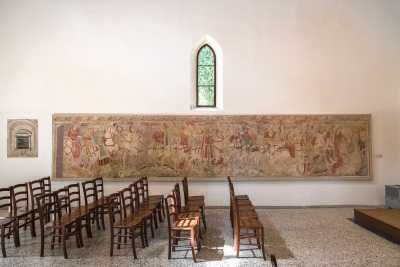 Wake up the explorer in you and discover hidden archaeological sites on Brijuni. Get to know the rich Brijuni past through various cultural and historical periods - from prehistory, classical antiquity, late antiquity, Byzantine period to the Venetian period. If you choose the archaeological tour, make sure you have sturdy shoes, head protection and plenty of water. Physical fitness is preferable.