Kozada is a small island of the Brijuni Islands open to the public as an excursion destination. Its surface area is 7.84 ha and the length of the coastline is 1.16 km.

Hydroplane station at the time of the Austro-Hungarian Empire

During Austro-Hungarian rule, this small island was a hydroplane station and a pilot training center, while today it is uninhabited and full of lush vegetation.

You can visit the island as a part of an all-day stay and swimming program. Shallow draft boats can dock on the island without prior notice and payment of fees. 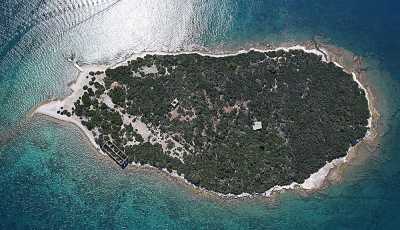