What is permitted, and what is not permitted?

In order to protect the biodiversity and preserve the archaeological, cultural and historical, as well as geological and palaeontological sites within Brijuni National Park, it is necessary to adhere to the present Code of Conduct. It is permitted to move and take photographs freely within the entire area of the National Park with the exception of the protected zone managed by the Ministry of Defence of the Republic of Croatia, which also forms part of the National Park.

Code of conduct in the National Park

Protection of plants, animals and the environment

General rules for movement of visitors

Authorisations for supervision and direct protection of the Park 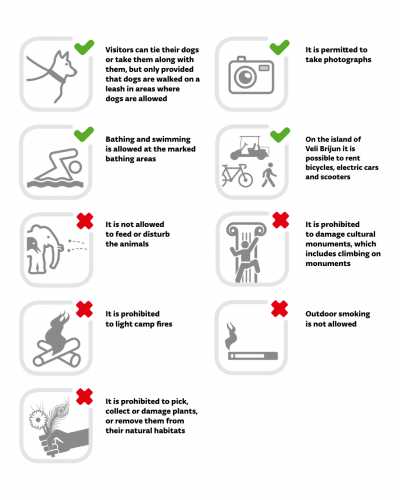