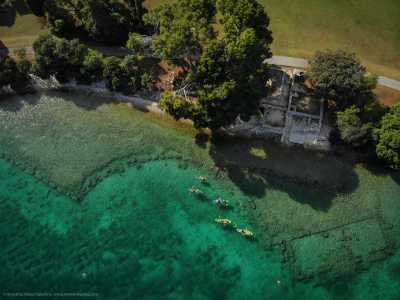 Veliki Brijun – the largest, most beautiful and most visited Brijuni island

Veliki Brijun is the largest, most beautiful and most visited Brijuni Island. Its surface area amounts to 561 ha, and its coastline is 25.9 km long. This island is an exceptional example of harmony achieved by the unity between nature and human activity. 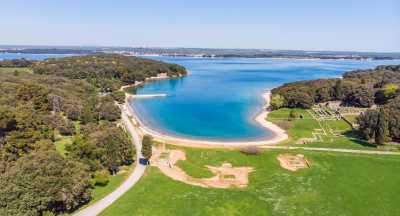 A luxurious Roman country villa is situated on the west coast of Brijuni, along the Verige Bay. The construction of this villa started in the 1st century BC, and it reached its peak in the 1st century AD. It consisted of a series of buildings for various purposes, richly decorated with mosaics, frescoes, stucco and precious marble, all in perfect harmony with the scenery.

The richest site by strata on Brijuni is located in the Dobrika Bay, spanning across slightly more than 1 ha. Remains from the Roman Republic and the Roman Empire, late antiquity, the period of the Eastern Goths, Byzantium, the Carolingian period and the Venetian period prove that this area was populated thousands of years ago.

The Church of St. Mary is the longest lasting Christian structure on the island. Even though it was built in the 6th century, numerous additions, alterations and inscriptions show it was also used long after, until the 18th century. This church has a square floor plan and is divided into three naves by monolithic columns. The side walls, divided by lesenes, have been almost completely preserved.

At the very entrance to the port of Veli Brijun, there is an unusual building – the Boathouse. Built in 1902 in the Art Nouveau style of Austro-Hungarian architecture, it attracts attention even today.

The island doctor Otto Lenz lived in this house. The Brijuni National Park Interpretation and Education Centre was also recently opened in the Boathouse. 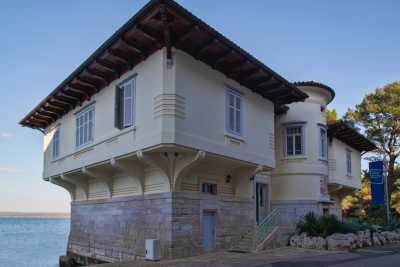 The building of the former steam bath from 1912 houses the following exhibitions:

– The exhibition shows what former Yugoslav president Josip Broz Tito did on the Brijuni Islands from his first arrival on 20 June 1947 to the last day of his stay on 29 August 1979. There are 200 photographs on display, grouped into five topics covering his private and work life on the island.

EXHIBITION BASED ON THE MEMORIES OF AN OLD AUSTRIAN

– Based on the book with the same title by Paul Kupelwieser. Old postcards, photographs and printed materials will lead you through Paul Kupelwieser’s vision: the transformation of an island plagued with malaria into a posh summer resort and spa resort.

– Natural history exhibition. Nearly 200 taxidermied animals once donated to Tito have been placed in dioramas depicting the natural habitat of animals with the help of a painted background and plants. The exhibition thus has a special educational character and encourages further studying of nature, as well as the preservation of beauty, richness and diversity on Earth.

– In the lobby of the natural history exhibition, a display case was set up exhibiting the items that were seized as people have attempted to sell them illegally in the territory of the Republic of Croatia. The international endangered species trade is controlled by the CITES treaty, signed by the Republic of Croatia in June 2000. 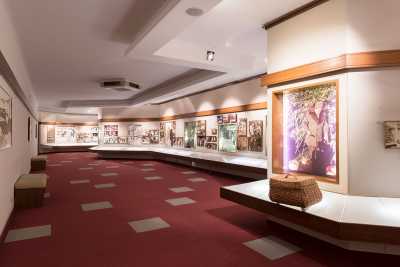 Points of interest for children 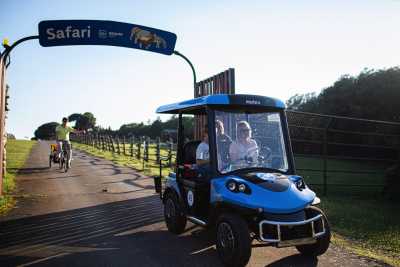 The unique Safari Park spans across 9 ha in the northern part of Veliki Brijun. It is exceptional thanks to its unusual combination of indigenous Istrian and exotic South American, African and Asian fauna. Lovely residents of the Safari park include the Indian elephant named Lanka, and a llama – a South American camel that is believed to have been domesticated in the earliest times of human existence according to Native American tales, zebras, Indian sacred cows and ostriches. 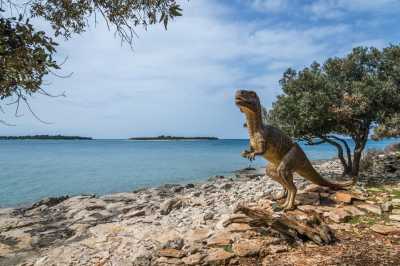 The first evidence of the existence of dinosaurs on Veliki Brijun was published in 1925 by the Austrian industrialist and paleontologist Adolf Bachofen von Echt. Dinosaurs ruled the planet for about 160 million years as part of a significant Mesozoic group of reptiles (Reptilia), also inhabiting the area oftoday’s Istria, especially its western part, as well as the area of Brijuni when it used to be a part of the mainland.

The Brijuni archipelago is located in the south of the Istrian peninsula, north of the entrance to the port of Pula. It is possible to travel all the way to Fažana near Pula by car, and very good traffic connections will ensure a pleasant journey on the Ipsilon express road. Traffic signs clearly indicating the direction and distance from the Brijuni Islands have been set up on this road.

For anyone planning a visit by plane, there are several options available: The Pula Airport is about 15 km away, the airport on the island of Krk is 120 km away, and the airport near Trieste is 150 km away.

Arrival to the Brijuni National Park

Upon arriving to Fažana, guests should report to the Public Institution Brijuni NP (address: Brionska 10, near the port) where they can pick up their passes for the national park. Transport by speedboat is available to the guests of the villa at the agreed time. Check-in should be done at the reception of the Neptune Hotel. Following their check-in, guests will be provided with transport from the hotel to the villa. A housekeeper will welcome them to the villa.

Arriving by your own boat

Upon arriving on the island, the staff of the national park will tend to the visitors, make their stay pleasant as well as make sure their individual wishes and needs are met. 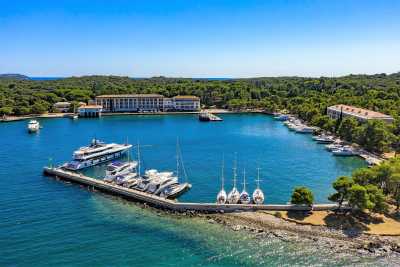 Would you like to go on a relaxing vacation on the Brijuni Islands? Check out our offer and book your stay in one of our luxury villas!