Discovered the cause of tuberculosis and cholera and was awarded the Nobel Prize for medicine in 1905. An exceptionally important task for Paul Kupelwieser was to exterminate malaria from the islands. Having read in the newspaper that Dr. Koch intended to carry out research on malaria in Italy, Kupelwieser wrote him a letter with his observations about the disease. Shortly after, Koch sent his collaborators and he himself visited the islands twice in 1900/1901. He discovered that that the cause of malaria was the anopheles mosquito with multi-colored wings.
A monument in his honor was erected in one of the quarries in 1908. 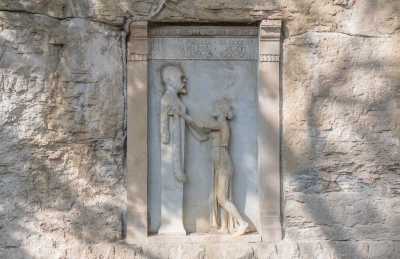