Parks of Croatia About us Press Contacts News Partners

Duration of the project

3.2: To maintain biodiversity and natural ecosystems through strengthening the management and networking of protected areas

Associate partners according to the Capitalisation boards:

The Mediterranean is being and will be heavily impacted by Climate Change (CC). Climate change is dramatically affecting the Mediterranean Sea, which is warming at a rate 20% faster than the world’s average. Marine Protected Areas (MPAs), despite the nature-based solution they offer to support efforts towards climate change adaptation and mitigation, are the first ones to feel the climate change effects. Several Mediterranean MPAs are already facing major biodiversity and functional alterations due to climate change, whereas others will likely face them in the next few decades. There is, therefore, an urgency to mitigate these risks and to consider adaptation options in partnership with local communities, decision-makers, civil society organizations, research bodies, and other socio-economic actors at local, national and regional level.

The overall objective of MPA-ENGAGE is to promote the role of MPAs as nature-based solutions for the implementation of EcAp to CC adaptation: The QUINTUPLE HELIX (MPAs, socio-eco actors, local/regional authorities, scientists and citizens) from 8 countries will cooperate towards adapting the management of 7 Med MPAs to CC impacts.

The engagement, for the first time, of citizen scientists (recreational divers) and small-scale fishery actors will be essential. The operational know-how will be capitalized and transmitted (by Trainings, Twinning &Data Sharing) to key coastal actors to develop an extremely robust and resilient strategy for success. Lastly, MPA-ENGAGE will promote a Med Policy Dialogue among an assembly of associates (scientists, MPAs, & Networks/regions).

The unambiguous support to MPA-ENGAGE by organisations such as MEDPAN, RAC-SPA,UNEP/MAP, FAO; GFCM, CPMR-ICM, WWF and UfM well demonstrates the compliance with wider EU & Med strategies and policies.

According to Mediterranean Strategy for Sustainable Development (MSSD) 2016-2025 (UNEP/MAP), CC is modifying the coastal environment at accelerating rates with alarming consequences on the related socio-ecological systems. Although the EU policy, MSP and MSFD, provides the framework to address with CC effects, their current implementation is essentially missing. Likewise, recent projects (e.g., PlasticBuster MPAs, EcoSUTAIN, MPA-ADAPT, AMAre) highlighted most MPAs lack of specific adaptation plans to CC.

The overall objective is to support and promote the role of Mediterranean Marine Protected Areas (MPAs) as central tools for the implementation of ecosystem approach (EcAp) for the adaptation and mitigation to climate change (CC). By strengthening the management, networking the MPAs and promoting a Mediterranean Policy Dialogue among the stakeholders, the project will contribute to maintain the marine ecosystems.

This will be achieved by:

6. Transferring the experience at local/regional, national and transnational levels

7. Enhancing the Networking of the Mediterranean MPAs to exchange experiences and lobbying at management and scientific levels

9. Promoting a Mediterranean Policy Dialogue with the main EU and Regional actors and networks.

MPA-ENGAGE promotes the role of MPAs as nature-based solutions for the implementation of EcAp to the adaptation and mitigation to ongoing CC effects.

The project clearly responds to the following territorial challenges for the Mediterranean MPAs:

1. Need of improved monitoring on CC effects with a set of fine-tuned and novel protocols

2. Need of Vulnerability evaluation with biodiversity & Socio-economic Assessments to CC

4. Need of improved management with Adaptation Plan to CC

5. Need to improve the capacity and common knowledge by setting a programme of training, twinning & data sharing

One of the main challenges associated with ICZM and MSP is the multiple institutional actors involved. MPA-ENGAGE aims at bridging this gap by engaging the QUINTUPLE HELIX of stakeholders in a process to develop adaptation plans of the Mediterranean MPAs to the CC that includes:

3. Citizen Science: while generating awareness and ocean literacy, citizen science initiatives will provide an innovative contribution to multiply monitoring efforts through the involvement of trained recreational divers and participation of fishermen.

4. Quintuple Helix participatory approach: A series of participatory oriented meetings and workshops with stakeholders will take place in each MPA. These activities will be framed by a defined methodology in order to be able to compare across case studies.

5. Adaptation Plans will be based on the synthesis of current status and future trends of CC effects in MPA in view to define several mitigation and adaptation options that could be realistically adopted at local scale in each MPA. 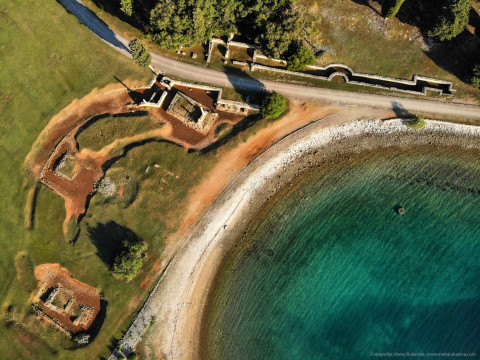 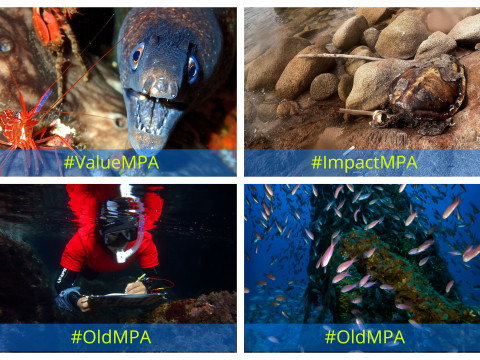 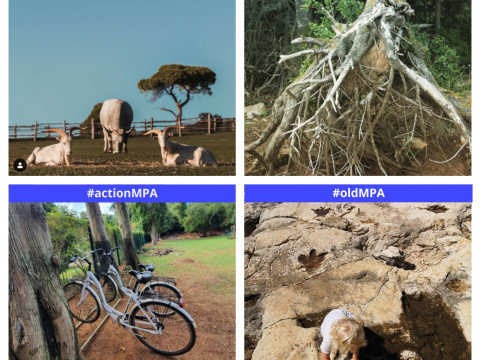 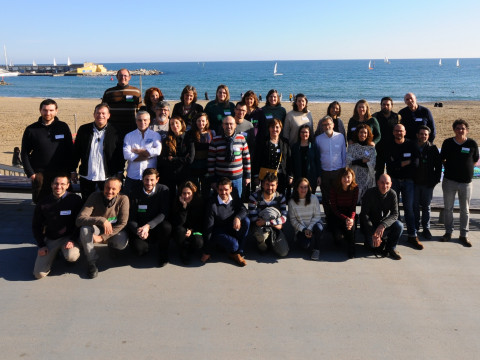 More info about the project: