Cinema under the stars is always a good idea. But, cinema under the Brijuni sky should certainly not be missed! Experience the unique moments of the Pula Film Festival at one of the most magical destinations in our area.

Newly arrived school counsellor Anamarija struggles between fitting in or doing the right thing. Confronted with the repetitive restrictions of the school system and surrounded by discouraged teachers, Anamarija will wage her own private war against the problematic history teacher, unaware that by doing so, she is gradually becoming like the rest of her col-leagues in the staffroom.

Sonja Tarokić (Zagreb, 1988) earned her MA in film directing from the Academy of Dra-matic Art and her BA in comparative literature from the Faculty of Humanities and Social Sciences. She is the author of several awarded short films screened at Rotterdam, Sarajevo, Angers, and numerous other festivals. The Staffroom is her debut feature film, developed and awarded at the TorinoFilmLab, and premiered at the Karlovy Vary International Film Festival, where it received special mention and commendation.

Three stories set in 1993, 2001 and 2026. The first story, Sin, follows the kindhearted character Stojan, who receives a halo as a gift from God, which creates problems for him in the neighbourhood, but also in his marriage. The second story, Grace, follows Gojko, a deeply religious young man who believes his mobile phone can give him a direct connection with his favourite saint, St Petka. The third story, The Golden Calf, also follows Gojko, but this time he is a painter and his canvases are extremely powerful – so powerful, in fact, that they can sate hunger.

Srđan Dragojević (Belgrade, 1963) graduated in clinical psychology from the Faculty of Philosophy in Belgrade and film and TV directing from the Faculty of Dramatic Arts in Belgrade, where he taught from 2000 to 2004, and is also an awarded poet and writer. He is the director of regarded, awarded, and hugely popular films within the region We Are Not Angels (1992), Pretty Village, Pretty Flame (1996) – which is among 30 best war films in history according to Sight&Sound critics, The Wounds (1998), and the big box office hit The Parade (2011).

After World War I and the collapse of the Austro-Hungarian Empire, detective Peter Perg returns home to Vienna after years of captivity. But the Vienna he once knew no longer exists. Riots and unemployment are on the rise, and there is also a series of mysterious murders of his friend, war veterans. Perg has no other option than to join forces with pathologist Theresa Körner to try and solve the murders and bring the killer to justice.

Stefan Ruzowitzky (Vienna, 1961), director and screenwriter, known for his acclaimed and awarded films The Inheritors (1998), Anatomy (2000) and The Counterfeiters (2009). He studied drama and history at the University of Vienna, and directed documentary films, music videos and commercials in his early career.

Sunday, 15 July 2018, 5 p.m. The eyes of the world are turned to the Luzhniki Stadium in Moscow, the final game of the World Cup between France and Croatia. At the same time, a married couple silently gets into a car in Zagreb and sets off on the old road towards Rijeka. While the football drama of the year is taking place on the macro plane, two people are fighting on the micro plane for the life they have known so far. However, nothing is as it seems.

Anđelo Jurkas (Koprivnica, 1977) Croatian director, writer, and producer who has made six feature live-action films and three feature documentary films. He is the author of the first debutant film trilogy in the history of Croatian film, has authored ten books and co-authored several titles, as well as three music albums. He is the author of the project of introducing the subject Pop Culture into the national curriculum. 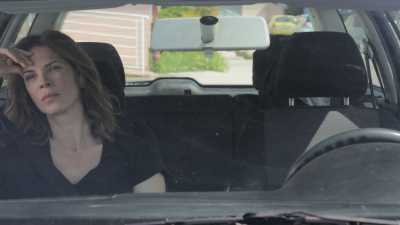 The final half-hour of a marriage falling apart. Through the perspectives of the wife, husband, and their six-year-old child, where reality is intertwined with puppet play, we learn about their own truths only to become less certain of our initial judgment about the characters.

Nina Violić (Rijeka, 1972) graduated from the Academy of Dramatic Art in Zagreb. She is a respected and awarded theatre, film, and television actor and the leading actress of Croatian National Theatre in Zagreb. She wrote and directed two short live-action films – Separation (2014) and Lamb (2019), which saw its international premiere at the BFI London Film Festival and went on to a successful festival distribution. Kick and Scream is her debut feature film.

The year is 37 BC. A young Liburnian Volsus is taken by a Roman unit to help in what at first seems a simple task of collecting taxes, but the encounters with local Illyrian tribes soon lead to unexpected turns of events, as they show more resilience to subjugation than meets the eye. We see their archaic, emotional world of quaint and brutal laws and traditions through the eyes of this youngster, regarded by the Romans as a primitive barbarian, and gradually come to understand that their world is not all that different from our own.

Simon Bogojević Narath (Zagreb, 1968) graduated from the Academy of Fine Arts, Painting Department in 1992. As director, production designer, CGI artis/animator, and graphic designer, he has worked on numerous artistic and commercial projects over the last 30 years (TV shows, music videos, commercials, plays, and short and feature flms). He has directed, animated, and produced his own animated experimental films that have received numerous acknowledgments and awards in Croatia and abroad. He has directed ten short animated films, and Illyircvm is his first feature film.

ONE SONG A DAY TAKES MISCHIEF AWAY

The Šafranek family live in Zagreb in 1935. The father of the family, Franjo, enjoys having spritzers, while Ana, the mother, works in the kitchen and fantasises about the lovers she reads about in romance novels. Aunt Mina, Ana’s spinster spinster, often comes by uninvited, mostly for the free lunch, which rather annoys Franjo. Their son Perica satisfies his curiosity by observing the grownups in the household, writing down everything they do and say in his diary. A certain Mr. Fulir, a dandy and a charmer, notices Ana and starts courting her despite the fact that she is married. Franjo sees Fulir as a good opportunity to get rid of Mina and fails to notice the romance happening right under his nose, but after a while, a big scandal breaks out.

The film One Song a Day Takes Mischief Away has been digitalized within A Season of Classic Films initiative of the Association of European Cinematheques (ACE), with support from the MEDIA sub-programme of Creative Europe (2K digitalisation: Ater, Zagreb, 2021).

Krešo Golik (Fužine, 1922 – Zagreb, 1996), film and TV director, one of the most important directors in Croatian cinema. In a career spanning from the late 1940s to the late 1980, he directed numerous critically acclaimed feature film and TV series (Plavi 9, 1950; The Girl and the Oak, 1955; I Have Two Mothers and Two Fathers, 1968; TV series Gruntovčani, 1975). One Song a Day Takes Mischief Away, with the subtitle “a love comedy with singing”, is his most famous film and one of the most-watched Croatian films in history, named the best Croatian film of all time. 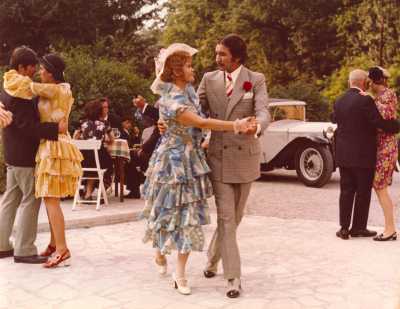 Pula Film Festival projections are FREE. The films are subtitled in English. Visitors pay an entrance fee to the Brijuni National Park in the amount of HRK 50.00 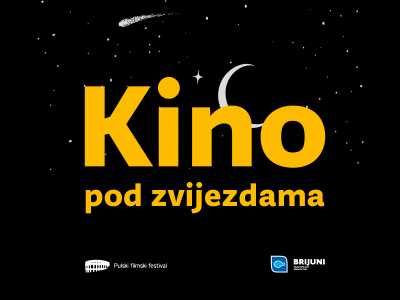 Boat departure from Brijuni to Fažana at 12 a.m.